Joe Smithyman, of Smibbs Skincare, pitched for a share of a £90,000 prize fund at the national finals of the Santander Universities Entrepreneurship Awards. 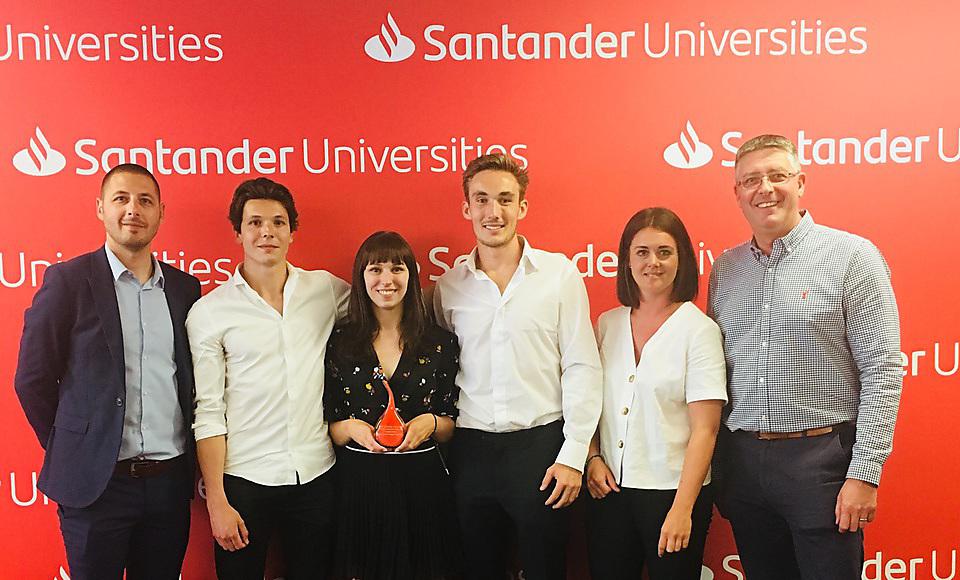 Joe Smithyman, of Smibbs Skincare, pitched for a share of a £90,000 prize fund at the national finals of the Santander Universities Entrepreneurship Awards in London on Tuesday 20 November.

The awards were held at the historic Regent Street Cinema and were hosted by both the CEO of Santander UK and the Executive Chair of the Santander Group, with guest including Vice Chancellors from Santander partner universities and business leaders.

Joe, who has been supported throughout the competition by Formation Zone, pitched to panel of judges from Santander and the business world as he competed with the five other finalists in the non-technology category of the competition.

As a finalist, Joe benefitted from an accelerator week put on Santander Universities, where he had access to talks and advice from experts and successful entrepreneurs. The learning from the week shone through in Joe’s polished pitch, which saw him reposition Smibbs to target industrial and healthcare customers.

Unfortunately, Smibbs were not chosen by the judges to take home the prize, with Chip[s] Board from Kingston University winning the category. We’re sure the disappointment won’t last long, as there is a bright future ahead for Smibbs after reaching the final six from over a thousand entries.